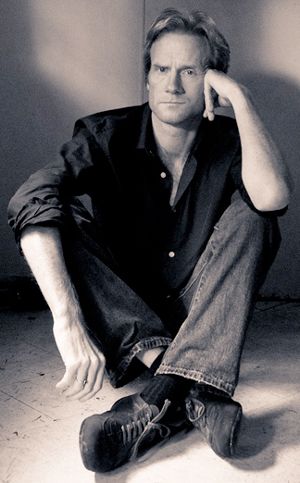 January 2023: Rupert Wates' 2022 CD ‘For The People’ is named number 7 in the Americana ALBUM OF THE YEAR top 40 by UK periodical Blues Blues https://www.bluesblues.co.uk/

September 2022: Rupert Wates is selected for a VIRTUAL Formal Showcase at North East Regional Folk Alliance Conference, to be held in November 2022

July 2022: Rupert Wates is selected for an OFFICIAL SHOWCASE at Folk Alliance Region Midwest, to be held October 2022

March 2022: Rupert Wates is selected for an OFFICIAL SHOWCASE at South East Regional Folk Alliance, to be held May 2022

March 2022: Rupert Wates' song 'Driverless Train' is a SEMI FINALIST in the instrumental Category of the International Songwriting Competition for 2021 songwritingcompetition.com

March 2022: Rupert Wates' latest CD 'For The People' is named 'Album of The Month' for March 2022 by Bob Leslie, host of Transatlantic Conversations on Celtic Public Radio in Glasgow, Scotland

February 2022: Rupert Wates' latest CD 'For The People' is number 6 in the FOLK DJ CHARTS for February www.Folkradio.org/folk-charts/

April 2021: Rupert Wates' Cd 'Lamentations' is at number 10 in the radio playlist compiled by the Acoustic Outpost/Folk Frontier for the week ending April 23 (outpostradio.com/acousticoutpost/)

November 2019: Rupert Wates is selected as a FINALIST in the South Florida Folk Festival Singer-Songwriter Competition 2020, for his songs 'I'm Amazed' and 'Ballad Of A Brown Eyed Girl' (www.southfloridafolkfest.net)  Prior touring commitments prevent him from taking part in the FINALS, to be held February 2020

August 2019: Rupert Wates is selected for a Semi-Formal Showcase at North East Regional Folk Alliance conference, to be held November 2019

April 2019: Rupert Wates is named one of 15 Semi-Finalists in the 2019 Songwriter Serenade in Austin, Texas https://www.songwriterserenade.com.  Prior touring commitments make it impossible for him to participate in the Final round

February 2019: Rupert Wates' CD 'The Lights Of Paris' is awarded 30th place in the Top 100 Albums of 2018 selected by German Magazine 'Eclipsed' https://www.eclipsed.de/de

January 2019: Rupert Wates wins Honorable Mention in the 2018 Family Folk Chorale Songwriting Competition (www.familyfolkchorale.org) for his 1992 song 'After The Rains'.

April 2018: Rupert Wates is named a Finalist in the Kerrville New Folk Contest, to be held in May 2018

April 2018: Rupert Wates wins the 'Outstanding Achievement In Songwriting' award as a Top 5 Finalist in the Folk/Americana Category of the Great American Song Contest https://www.greatamericansong.com/winners.php for his song 'The Day The Great Ship Went Down'. The judges praised its 'highly original theme and well crafted lyrical story'.  Rupert's song 'Oh The Times' was also honored as a Finalist in the same competition.

March 2018: Rupert Wates is selected to play an Official Showcase at South East Regional Folk Alliance Conference in Montreat, NC, in May 2018.

August 2017: Rupert Wates is selected as a Top Ten Finalist for the Listening Room Festival in St Petersburg, Florida, April 2018.  The group is subsequently to be narrowed to 6 Headliners.

July 2017: Rupert Wates is selected as an ALTERNATE PERFORMER for the Official Showcases at Far West Folk Alliance, Bellevue WA.

April 2016 Rupert Wates receives Honorable Mention in The Rhode Island Songwriters Association Song Contest 2016  His entries were 'Lady Grey' and 'Fear Of Flying', both taken from his 2016 CD 'Colorado Mornings'

February 2016  Rupert Wates receives Honorable Mention for the second year running in the annual roundup for 2015 by the international house concert network Concerts In Your Home (www.concertsinyourhome.com).

March 2015
Rupert Wates receives Honorable Mention in the Concerts In Your Home Artists Of The Year roundup for 2014 (www.concertsinyourhome.com)

September 2014
Rupert Wates is selected to be one of 6 headliners at The Listening Room Festival in Florida in April 2015.

April 2014
Rupert Wates is one of three finalists in the Rhode Island Songwriters Association Songwriting Contest 2014.  His entries were After The Rains and The Man Afraid Of Shadows. 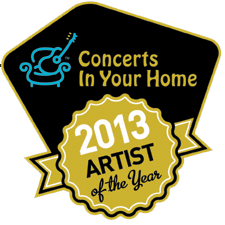 January 2014
Concerts In Your Home, an organization of house concert hosts booking artists across the United States, named Rupert Wates a 2013 Artist of the Year, an honor given to three CIYH artists. The award is shared with Ian Mcferon (www.ianmcferon.com) and Jesse Terry (www.jesseterrymusic.com). "Our decision reflects a number of factors related to bookings, performances, participation and enthusiasm."
– CIYH 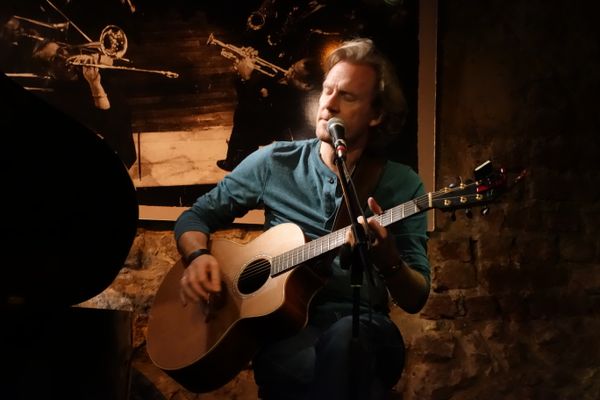 August 2010
Billboard Song Contest Honorable Mention for After The Rains.

August 2010
Sally's Farm from the album Joe's Café is one of three songs to receive Honorable Mention in the Americana category of the Austin Songwriters Contest. 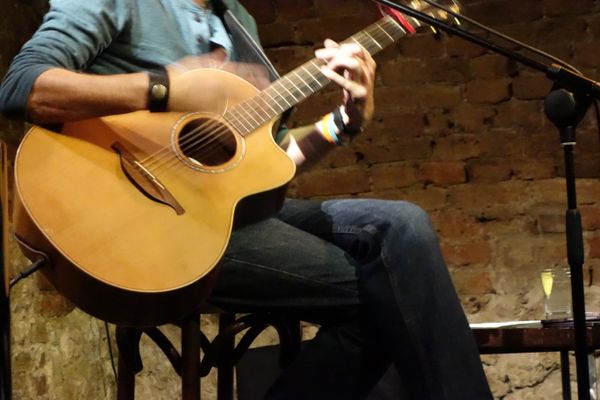 September 2009
Rupert's songs I Will Follow and Reach Out were both semi-finalists in the Adult Contemporary category of the 2009 UK Songwriting Contest.

March 29, 2009
Dear Life is one of 3 finalists in the Best Lyrics Category of the Indie Acoustic Project, who also named the CD one of the best CDs of 2008.

January 2009
After The Rains wins top prize in the Folk/Acoustic Category of the Songwars song contest headed by Mike Pinder of the Moody Blues.

December 2008
I Dream from the album Dear Life was given Honorable Mention in the 11th North Carolina Songwriting Contest.

October 2008
Elegy For The Coming Man, a new song from the album Dear Life receives Honorable Mention in the Independent Singer Songwriter Awards of 2008.

September 2008
After The Rains is one of the top ten finalists in the Great Lakes Song Contest in Michigan.

May 2008
After The Rains is one of the top ten finalists in the Wildflower Song Contest in Texas.

February 10, 2008
In January 2008 Rupert's CD Coast To Coast is voted one of the TOP 10 albums of 2007 by Britsound Radio, along with albums by Radiohead and The Arctic Monkeys.

December 2, 2007
Rupert's song After The Rains is awarded second prize overall in all categories of the 24th Mid Atlantic Song Contest.

November 24, 2007
After The Rains receives its sixth award this year, the Gold prize in the Folk Category of the 24th Midatlantic Song Contest

October 13, 2007
Rupert is awarded second prize in the North Carolina Songwriting Competition in Hollis Springs, NC, for his performance of After The Rains and Prisoner Of The Open Road.

April 19, 2007
Prisoner Of The Open Road from the album Sweet or Bitter Wine is nominated for an award by the 17th Los Angeles Songwriting Awards.

February-March 2007
Rupert's song After The Rains is named song of the month by the Los Angeles consortium Songwriters Universe. In March his songs After The Rains and On The Road To Santa Fe receive honourable mention in the 2007 International Singer/Songwriter Awards.

February 1994
Rupert's song 'Slow Boat' is one of ten finalists in the UK Heats of the 1994 Eurovision Song Contest.